I know what you’re thinking: why the hell would you have sex with a woman whose hygiene was more than questionable?  It’s easy.  I didn’t do a damn thing – a pillow princess to the extreme.  And just to clarify: that’s not my style.  I’m very active in my sexual endeavors; that’s what I love the most about being with a woman.  But on this occasion, it was all about me.  The mean, seductive, no intention of pursuing a relationship with this woman, me.  I can’t even fully express what was going through my head as things progressed.  Okay, yes I can.  Ew.  Not ew because she was gross or smelled bad (she had just showered so all was good), but ew at me for leading her on.  I didn’t enjoy any of it.  And she tried really, really hard.  But it just goes to show that if my heart wasn’t in it, neither was my hoohoo.  She refused to participate in the festivities.  Still bitter about losing out on Theresa.

It was a long, laborious process: the necking, the fondling of the breasts, the removal of clothing.  And then, nothing.  Oh, Lisa was a trooper.  Of course, she thought she was killin’ it, but there was no life down there.  I had absolutely no feelings for her and I couldn’t even fake it.  No fantasies could even overcome the emptiness I felt from going through the motions with this person.  There was still a soft spot in my heart, however, and I really wanted Lisa to walk away with a sense of accomplishment.  But I couldn’t very well go into fits of ecstasy out of nowhere, so I did the next best thing.  I grabbed my silver bullet.  It helped, but still no dice.  I can’t express how frustrated I was, but I’m sure we’ve all been there.  Eventually, Lisa’s hand fell away, she stopped kissing me and became an observer.  Still.  Nothing.  I was so focused that I had almost completely forgotten Lisa was right there next to me, until she said…’um, can I get some of that?’

I figured that was the last I’d see of Lisa.  I’m not good at hiding my irritation and, to the average person, it would have been obvious that neither I, nor my hoohoo, was into her.  But Lisa was not your average person.  She was a smitten lesbian…and like all smitten lesbians, she knew no bounds.  It started with a phone call.  That afternoon, that night, the next morning, and then almost every hour on the hour for the next several days.  Her voicemails started out casual, then escalated to the classic, ‘I’m worried that I haven’t heard from you.  Are you alright?  Just call to let me know that you’re safe.’  I believe that was message #14.  I finally called her.  I was brief: short answers, uh huh, I’m safe, gotta go, yeah I’ll call, bye.  I thought that would be the end of it.  And then I realized something: she knew where I lived.  What if…?  Nah, she wouldn’t do that to a rabbit.

So over the next few days, I worked and eventually put Lisa out of my mind.

And just when I was comfortable…

Insert Jaws theme song.  And, to be perfectly honest, I deserved the confrontation – more than she deserved the embarrassment.  But that’s how it happen.  I was at work, doing my thing and I got paged to the front door.  Confused, I went to the door, kind of excited because Theresa instantly popped into my head.  I don’t know why, but I was still hoping that she would give me another shot.  Maybe she got the flu, thought of me and how bad I must have felt, but was such a trooper because I just wanted to spend a little more time with her and…eh, we know it wasn’t her but a girl can still dream.  I step into the foyer.  Of course it’s Lisa.  I couldn’t believe this chick actually showed up to my job and had me paged.  Wait, not just showed up…her friend drove her to Tampa, to the strip club and had me paged to the front.  Who does that?  Damn lesbians.

At first, I gave in.  The door girl, security and a line of customers were watching.  I asked the door girl to let her in for a few minutes and we headed inside.  And, as if by magic, I get called to stage next.  Sigh, of course.

It was like dangling a chunk of blood-red meat above a ravenous pack of wolves.  She lost her fucking mind.  She’d already seen me naked so it’s not like anything I presented was a surprise.  I did my normal routine.  Okay, maybe a few teasing moves done for her benefit (I can’t help it, I’m a natural flirt), but nothing overly ambitious.  I’m not sure what embarrassed me more: her wanton flailing that drew quite a bit of attention to herself, or the hooting and hollering of ‘that’s my girl!’ that garnered even more attention than the flailing.  Not sure.  Not sure at all.  I’d also like to mention that my tips were nowhere near where they were supposed to be.  Again, I probably deserved it.  On the way out, I politely said goodbye, yes I’m fine don’t worry, yeah I’ll call you.  I don’t think she picked up on my lack of enthusiasm, but her friend did.  I only received three more phone calls before Lisa finally gave up.

I have come a long way since then.  Of course, I say this now after being the ‘Lisa’ in a later encounter.  Karma is a bitch.  And quite efficient. 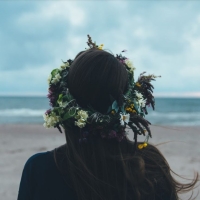